Twitch vs Youtube: Which one is better for Live streaming?

Live streaming is one of the most popular things to watch and create on the internet. It has a wide range of genres for everyone from the art streamers to the gamers; even the aesthetic cafe people live stream.

There is a lot of advice out there when it comes to streaming and a bunch of platforms. The most popular ones are Twitch and YouTube. For many beginners, it’s challenging to work out which one will be better for their content.

Today I’m giving you the pros and cons of the two platforms. To help you decide which platforms would benefit you and your live-streamed content.

Pros of streaming on Twitch

Live streaming on Twitch has many benefits. The first is that it was created directly with streaming in mind. Meaning you don’t have to worry about whether the website can handle the software to capture footage. Yes, it is primarily gaming that it hosts. But the site can handle the capacities of live streaming; anything within the terms of policy guidelines is acceptable.

Plus, because Twitch is built for live streaming, it’s more straightforward to get a homegrown audience. Your streams are more likely to turn up on home pages and aren’t as severely hidden by the algorithm. On top of this, they also have more everyday viewers for things such as gaming streams.

The pay is more upfront, and there are more ways to get money, plus Twitch has ways to help streamers gain an audience, such as ‘Subtember’. On top of this, any revenue from subs and bits you receive isn’t taken from you at all. There’s no cut!

Cons of streaming on Twitch

Although there is a homegrown audience and more everyday viewers, you might still struggle to get an audience! Twitch mostly shows people with a modest viewer/sub count, which might put you off, especially if you’re starting!

Twitch can be very strict with its policy, sometimes to a fault and the appeal process isn’t easy. And whilst that strictness can be good, it can be very unfair. That’s always something to keep in mind!

Twitch’s platform is more catered to gaming live streams than other types of content. Don’t get me wrong; you can stream other stuff on there. But its primary feature is gaming, and so if you want to do something other than that, it might put you off.

YouTube is more lenient with its policy. Don’t get me wrong; you can’t break the rules entirely and stuff like that. But they take a bit more time before they ban you or hit you with any bans. Plus, they are much easier to appeal decisions with than Twitch.

Although it’s challenging to grow an audience on YouTube, the algorithm may still pick it up. Your content might get on the recommended page even if you’ve got a low sub count and high viewership with your stream.

YouTube is constantly being developed to work on fixing problems and giving streamers more options for content.

YouTube was created to broadcast web content that has been edited and not live-streamed. It has added a live stream feature, and many people use it. However, because it’s not primarily a live streaming platform, the video quality is slightly lower and can’t handle the frames per second. On top of that, receiving revenue isn’t as good.

YouTube is more difficult to grow an audience only with streaming, even with all the updates. As streams get hidden from the home page (especially if it’s a gaming stream.)

YouTube has many ways to get money from streams such as Dono’s, Memberships and they let you use merchandising. However, they don’t have as much variety, nor do they have special events such as ‘Subtember’ to help you grow and take a more significant cut of 30%

Although Youtube can be lenient with the policy and guidelines, creators and streamers have had their channels wholly shut down for no reason. Sometimes, videos get demonetised for guideline policies that haven’t been broken either. Some channels have been hacked and lost, so security and keeping your channel up on the site can be an issue.

Another thing is that Youtube is banned in many countries and places of business and schools. Your audience might not reach as broad a base as you would like or as wide-reaching and might take you even longer to get off the ground.

You have to decide

Hopefully, you found this article helpful and as always our wer8 family is always available to help you on your content journey. If you haven't already, please also download any one of our FREE ebooks to help you with your online presence.

Share, Leave a comment, and tell us what you think. We always love to hear from you... 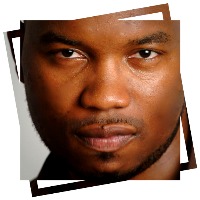 José St.Clair
Business Articles 7 min read
Is Online Education The Right Fit for You? How Can You Tell...